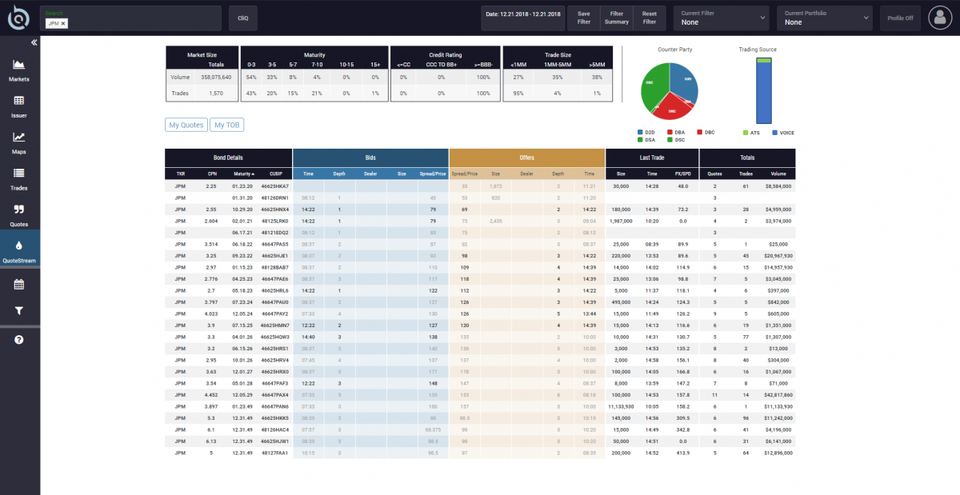 Screenshot of the BondCliq quote stream.

Just south of the New York Stock Exchange stands Goldman Sachs’ former office tower. Most of the building has been taken over by WeWork, which provides workspaces for freelancers and small businesses. Getting off the elevator, one enters a large community space where hipster entrepreneurs lounge about drinking free coffee. At the end of a hallway of glass-encased offices sits a suite where one man seeks to change the U.S. corporate bond market.

Have you ever wondered why you can find stock quotes practically everywhere: on TV, financial websites, even on your phone, any time of day, but that you can’t find corporate bond quotes anywhere?

That’s because they don’t exist. At least none credible for trading.

Unlike stocks, there’s no centralized market where bond trading takes place or quotes are published. The fixed income marketplace has always been over-the-counter. Even today, many trades occur over the telephone.

“If you want to understand the bond market, it’s really simple,” said White. “Think of the stock market and take away all available pricing information. Then ask yourself, ‘How would I assess value in the stock market without pricing info?’ I would have to call a bunch of people and get a general consensus on what they think something is worth and that is how the bond market works. Often times the valuation process can be a leap of faith.”

BondCliq went live December 19 with 27 dealers contributing prices. It currently presents a non-executable bulletin board of institutional quotes to participating dealers. By the end of the first quarter of 2019, BondCliq expects to provide equal access to the entire market by allowing buy-side clients to see up-to-date institutional bid and ask prices organized in a montage, with attribution and size details.

The belief that everyone in the equity market should see the same pricing information at the same time is so ingrained in our culture, that it forms the foundation of the efficient market theory. The efficient market theory states that all stocks are perfectly priced according to their inherent investment properties, because all market participants know all knowledge of that stock equally.

But the corporate bond market doesn’t work like that. Pre-trade bond pricing is an asymmetrical mishmash, where buyers know more than dealers, where bids and offers aren’t firm, where offers can be pulled at the last second, and two different buyers can get two different quotes for the same bond at the same time on the same day.

Why is this important? Because over the past ten years the size of the corporate bond market has grown from $5.5 trillion to $9.0 trillion, according to the Securities Industry and Financial Markets Association (SIFMA). Despite the market getting larger, market participants complain about declining institutional liquidity. They fear that there won’t be someone on the other side of the trade when they need to buy or sell.

Lack of pre-trade data may be one of the reasons for the lack of liquidity. And as the bond market has grown, it’s become riskier. BondCliq seeks to help this situation by providing market makers with critical institutional pre-trade data that will allow them to properly manage risk, while providing more liquidity.

Until now, the only transparent information available on a corporate bond is the price of its last executed trade. The dealer sends the information to the Financial Industry Regulatory Authority (FINRA), a private self-regulatory organization, which pushes it out to the public via its Trade Reporting and Compliance Engine, known as TRACE.

“While TRACE is certainly an indicator of where a trade did happen, we don’t know the circumstances that prompted the trade,” said Anthony Perrotta, the former CEO and current board member of Tabb Group, a research and consulting firm. “That doesn’t mean that’s the price the bond should trade at if multiple participants were engaged in the negotiation.”

Because it’s an over-the-counter market, to find pre-trade quotes buyers and dealers survey each other. They send prices via emails, message systems and electronic platforms. However, these are indicative quotes. They are never a firm quote that someone can call a dealer and demand a bond be traded upon. Their purpose is to solicit a more formal negotiation.

“Bonds don’t trade like equities. There’s not always a buyer and seller at any given time,” said Michael Nappi, senior fixed income trader at Eaton Vance. “Those prices are not firm. The counter parties have first right of refusal.” 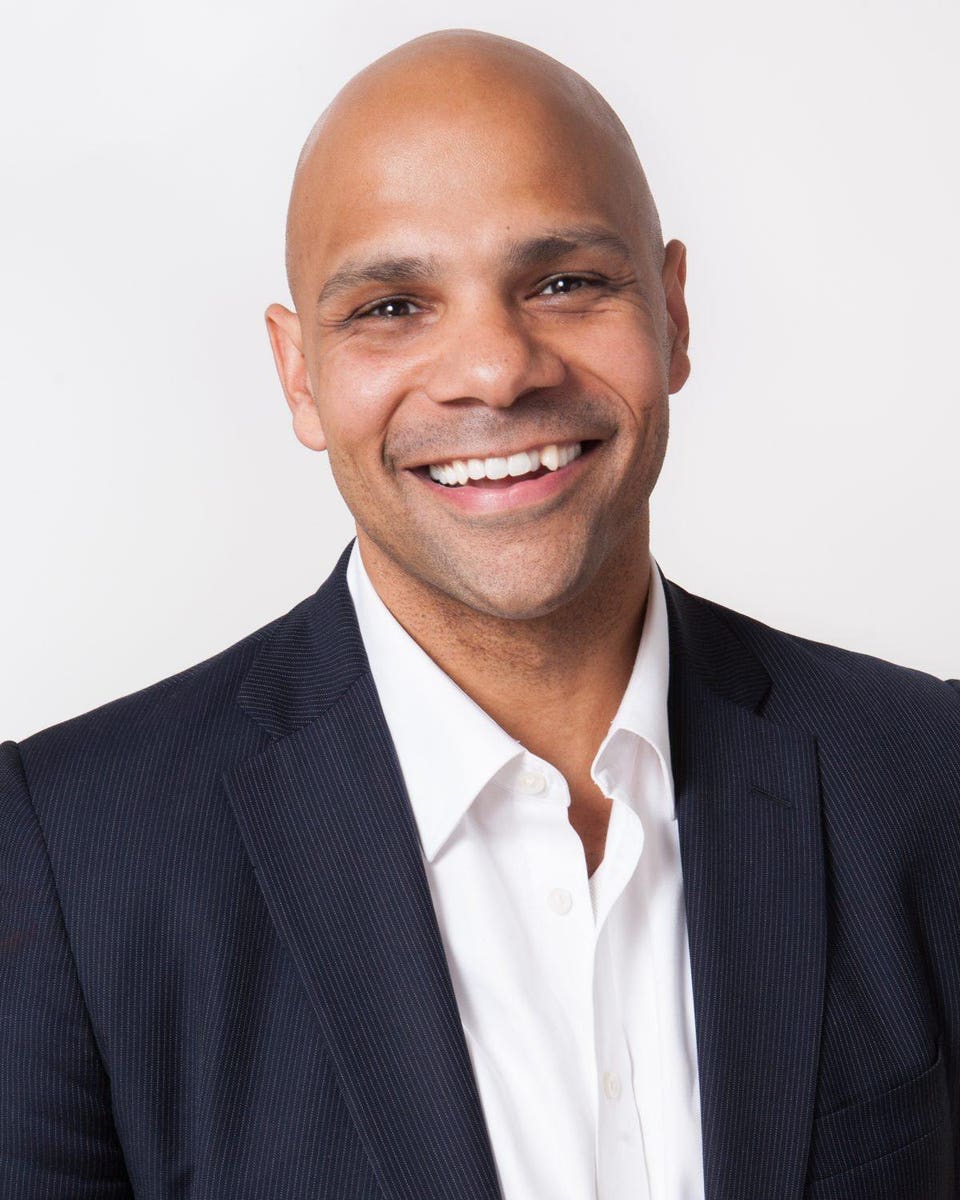 Bloomberg terminals help firms send and find quotes. Quotes sent through telephone, message systems and electronic platforms are consolidated and delivered to users, including quotes obtained through opt-in message mining. A dealer may show his quotes to all his clients. However, to protect proprietary information, all users don’t have access to all quotes. There is a blacklist preventing dealers from viewing the quotes of other dealers. In addition, once a sender sends a quote, they can update the quote, but not retract it or have it deleted from a recipient.

MarketAxess and Tradeweb are two other platforms for finding pre-trade transparency where trades can happen. They provide access to actionable quotes via request for quote (RFQ) protocol. This pricing is only made available to disclosed bilateral counterparties and dealers can’t see other dealers’ quotes.

Overall it’s a non-transparent, fragmented market, and sometimes there are inaccuracies.

White’s objective is to allow all firms to see the same price information at the same time and create an environment that promotes honesty and integrity. If it goes according to plan, his platform will democratize institutional order flow, provide dealers with critical market data and new revenue opportunities.

So, how did Chris White decide to bring the corporate bond market out of the Flintstones’ age into the Jetsons’ era?

After graduating from Brown University in 1997, White began selling municipal bonds, then left to trade stocks for a hedge fund.

“In a six-month period, I became a casualty of technology and market structure change,” said White. “I went from being a convertible arbitrage trader to having a skill set no longer in demand because of computers. That fascinated me and I dedicated myself to the dynamics of technology, market structure and human behavior.” He began reading books about market structure history in his free time.

He soon determined the bond market’s core liquidity problem was a market data problem. He realized the bond market faced the exact same issues as the U.S. equity market 50 years ago. In the 1960s, the aggregate growth of U.S. stocks led to declining block liquidity. This led to the equity market’s first consolidated quote system, something called the National Association of Securities Dealers Automated Quotations, better known as NASDAQ.

This centralized quotation system sparked an explosion in volume and liquidity, which spread throughout the markets and led Nasdaq to become an exchange.

“A seed-stage company like this, raising capital on a convertible note, will have an uncertain valuation. But given the company’s stated capital plans, it would not be crazy to negotiate a valuation cap in the range of $25 million, ” said Nick Wade, a fintech seed investor in Portland, Ore.